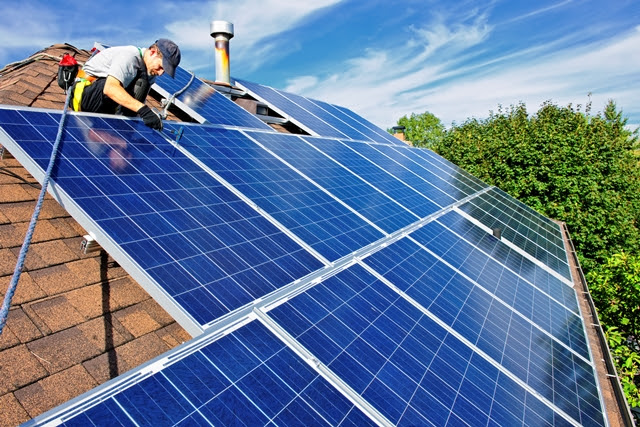 In an effort to bridge the 1.5+ degrees gap in national emissions targets, it is now very clear that it is city’s and region’s renewable energy targets that are making the commitments that count, with cities already pledging targets the equivalent of 50% of the gap.

With the highest rate of rooftop solar pv installation in the world being in Australia, this is a big part of the secret to how the mayors of Sydney, Melbourne, Perth, Adelaide and Byron were able to take to Paris impressive long term zero and low carbon emissions targets, adding to the now unstoppable renewables momentum signalled at COP21. If you own rooftop pv, or have done home fuel switching, please take a bow.

Please share the Energy Freedom story – there are still millions of Australian rooftops that are yet to ‘put solar on it’ or ‘Fuel and Energy Switch’ and even more yet to play their part via Energy Freedom energy upgrade retrofits.

Cities, towns and communities that have 100% renewable energy targets are in a great position to look at what it takes to move quickly to reduce emissions in all sectors.

That is the reasoning behind the Zero Carbon Communities initiative. And energy upgrade retrofit programs like Energy Freedom – recognised by the G20 Energy Efficiency Action Plan and IPEEC as among the world’s best practice for communicating on energy efficiency – are a key part of that.

A key principle of the Energy Freedom program is eliminating the use of gas in the home.

The heightened climate impacts of ‘natural gas’ (methane) means it is not the clean green or energy efficient fuel the industry would have you believe. Energy Freedom shows you each step you need to take, starting this year. Heating   Cooking   HotWater

The result of the ACT next generation solar reverse auction announced late last month is a series of 5000 home grid-home battery integration projects.

An Energy Freedom home does not require home batteries – except in electric cars,  possibly a small unit to ‘smooth’ peak demands and perhaps as a way of getting better spot prices from the grid –  but Australia’s grid needs to be smartened up big-time and this announcement could be a way to help that along.

“The day after the solar went in the drop was huge, on an average day it was 60% less and that was in Spring.”